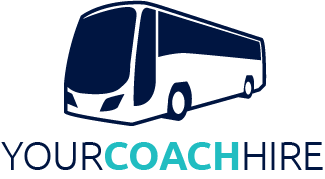 What to expect at MCM Birmingham Comic Con

Comic conventions draw crowds from all over to appreciate anything movies, comics, gaming and more. They are a great opportunity to meet like minded people as well as get an insight into the various industries. The UK holds many different coming and gaming conventions but the biggest are the MCM Comic Cons. They are held twice a year in London and once a year in Birmingham, Glasgow and Manchester. We’ve made a crash course on what to expect and look out for at MCM Comic Con Birmingham.

Many events host celebrities for meet and greets. This gives you time to say hello and take photos with some of your favourite stars and content creators. They might also offer autographs. Be warned however, many do charge for these privileges. This year they have 4 featured guests from the anime series My Hero Academia.

Dressing up as some of your favourite characters is commonly known as cosplaying. This is a very (emphasis on very here) popular thing to do at these conventions. From the smaller style changes to huge elaborate costumes. There are also competitions for the best cosplays. The MCM Facebook page has the official sign up sheets for the cosplay competitions. Be wary when designing your costume as there are rules to what you can wear or take in their Costume, Weapons & Props Rules Page

Stalls in the Comic Village

Comic Conventions are probably one of the best times to buy merchandise (merch). From clothing items to artwork, the Comic Village is full of stalls showcasing and selling many different items. These stalls arent only for selling though. Many stalls will showcase and give insights into various industries including some film making and video editing for the movie buffs and live character modelling for the gaming geeks.

MCM Birmingham is now offering workshops! These are an opportunity for you to get some hands on experience in many types of industry. These may include comic book writing or art design to game development. Stay tuned on their website to find out exactly what workshops they will be offering.

Tickets are available now from the MCM website. The event lasts all weekend from 21st-22nd March 2020 at Birmingham NEC. Get together with your friends and hire a coach or minibus from Your Coach Hire. Visit our website for a quick quote.

Say hello to our new Mercedes Tourismo 57-seater executive coach. Luxury. Get used to it.

Travel like a rock star (just don’t smash anything up)

What to expect at MCM Birmingham Comic Con